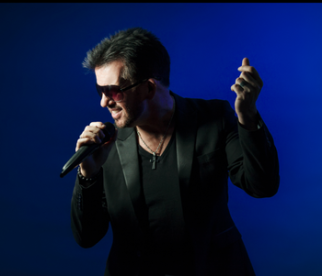 Steve’s love for the music of George Michael started because of his first girlfriend in 1985…she played him ‘Everything She Wants’ and that was it really, he got hold of ‘Fantastic’ the album and played it for days and days…. singing to the sounds of George Michael… From then on it’s been nothing but his music.

Steve’s career as a vocalist has covered many years, working with bands on tour in Louisiana, USA… To Many cover bands including South East England’s great party band Funkle Pie.

Steve has also written and arranged his own album “Sanity” during his time in the USA.